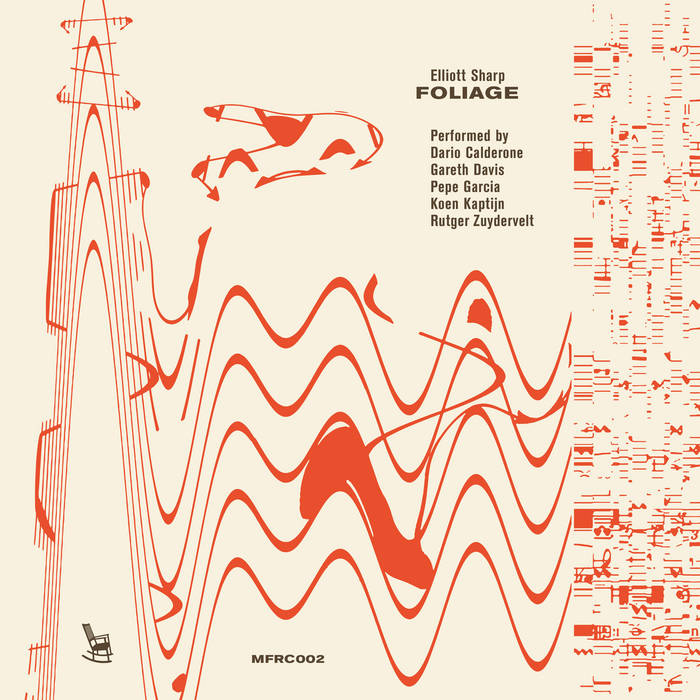 Featuring a series of 80 risograph prints, Foliage is, in Sharp’s words, “a graphic score open to interpretation and realization by any instrumentalist or ensemble of any size… [it] is a piece of retinal art as much as it is an instruction set for sound, form and function interlocked.” Graphic notation, which evolved during the post-1945 avant-garde, experimental music scene, falls outside the realm of traditional music notation; it is the representation of music through the use of visual symbols. Foliage exists at the intersection of musical composition, art installation and performance – Sharp’s score is brought to life by the distinct singular interpretation of each musician who performs it.

A central figure in the avant-garde and experimental music scene in New York City since the late 1970s, Sharp has worked intermittently with graphic notation since 1972 but began to immerse himself in the medium again a decade ago. Analogous to his use of audio editing software during live performances to modulate and distort sound, Sharp’s technique in creating Foliage was to use graphics editing software to process musical notion (that he himself composed) to distort, layer, invert, blur and ultimately explode traditionally written sheet music, in turn creating visual works of art.

Record and mixed by Gareth Davis
Post-production by Rutger Zuydervelt

Sleeve by Rutger Zuydervelt based on Elliott Sharp's score for Foliage

This is release MFRC002